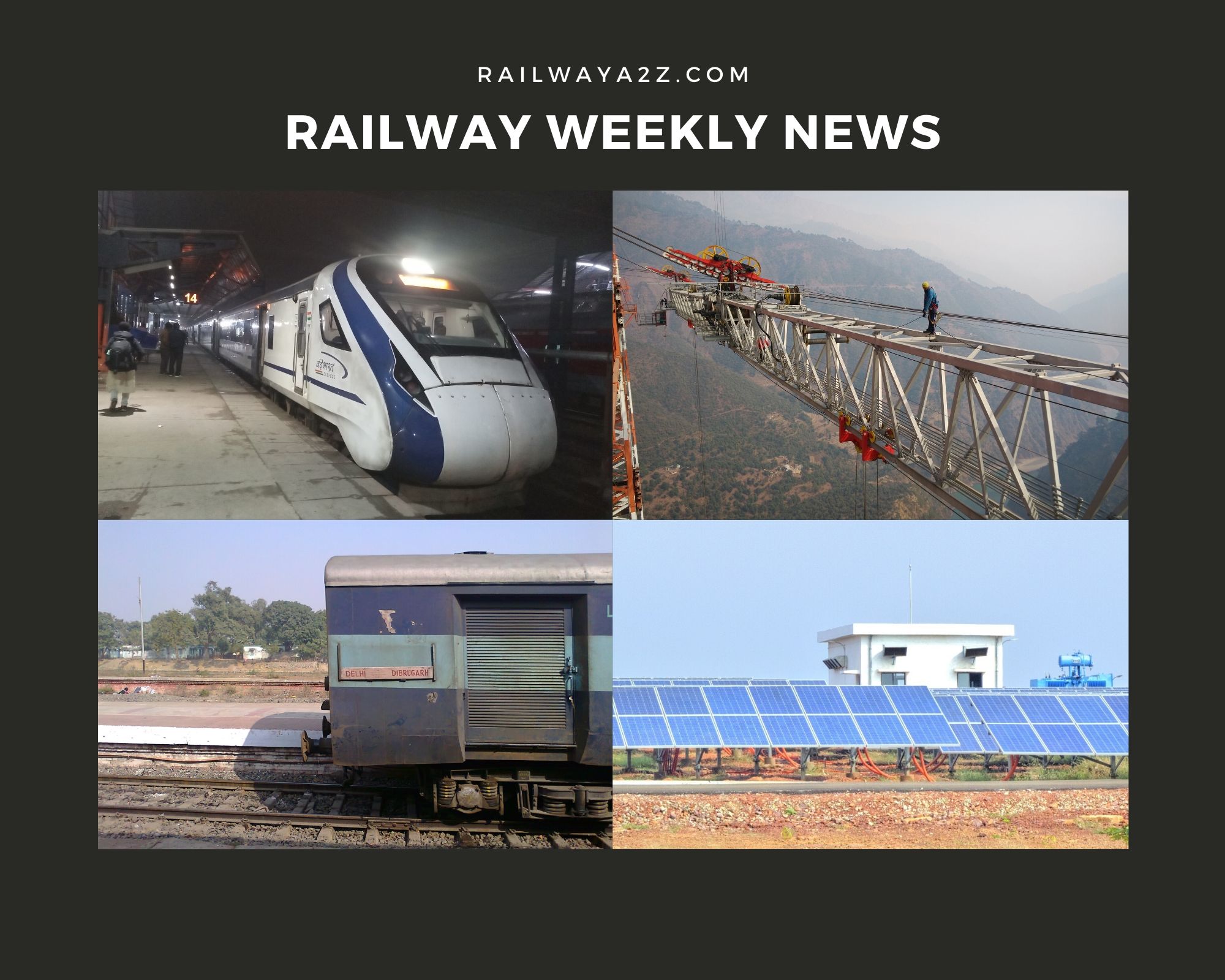 A) Solar Plant Commissioned at Bina for powering electric Trains.

A 1.7MW Solar Plant has successfully been commissioned at Bina in Madhya Pradesh for Railway operations. The plant will directly feed power to electric traction systems of Indian Railways and electric trains will run on this power.

This is the first time that solar power is being directly used for traction applications.

With this the dream of Indian Railways for complete electrification and Go Green by 2030 can be achieved.

B) Now Electric Trains till New Jalpaiguri station of NFR

The Brahmputra Mail is one of the oldest trains running between New Delhi to Dibrugarh.

Now that the missing electrification work of Bhagalpur- Shivnarayanpur has been completed, the electric trains in this section can run on electric engines till New Jalpaiguri station of NFR.

Indian railways sent the first consignment of parcel train to Bangladesh from Guntur district of Andhra Pradesh. The train was sent to Benapole in Bangladesh.

Guntur district is known for the production of chillies. Earlier these were transported through road but the volume was supply was low and costly.

Now that parcel trains are being sent, it is cheaper and a huge quantity of 384 tones is being transported per train.

The world’s highest rail bridge is being constructed by Indian Railways in Jannu & Kashmir. The 1.315-km long, Chenab bridge is being built above the Chenab river at a height of 359 metres.

The bridge is being built on the Katra-Banihal railway line at village Kauri in the Reasi district. It will connect the Jannu & Kashmir with the mainland Indian Railways.

E) Bengaluru airport will be connected by train services

South Western Railway zone of Indian Railways will give a stoppage for trains which are being operated on the Yelahanka-Bangarpet railway line.

Work on railway halt station at ‘Kempe Gowda International Airport’ is under way and likely to be completed by august 2020.

ICF(Integral Coach Fcatory) Chennai is developing the train 18 for which it had floated tenders.

Chinese company CRCC had participated in the tenders. ICF is looking into to scrap the Chinese company and include the Indian names as Medha, BHEL etc as they are looking for make in India vendors.

Vande Bharat Express, also known as Train 18, is an Indian semi High-Speed EMU It was designed and built by (ICF) at Chennai under government’s make in India initiative. PM flagged off the first Vande Bharat Express on from New Delhi to Varanasi on 15th Feb 2019.

Also, Railway aims to be 100 percent Green Railway by 2030. Green means all fuel requirement of Indian Railways will be met through the green energy sources as Solar energy, wind energy, Hydel Power etc.

The National Rail and Transportation Institute (NRTI), Vadodara, a deemed to be University established under the Railway Ministry was announced in 2018.

Now the institute has been developed and the first admission to courses of UG and PG is being started from 2020-21 session.

The Indian Railway is a technical department but India lacks studies in transport and rail management at UG and PG levels. Thus to fill the gap of trained professionals in this field, the railway-related courses are being started.

I) Compactor dustbins will be installed in Railway coaches

The existing dustbins in railway coaches are often over flooded and there are garbage laying around it. Thus Indian Railways has decided to install the compactor dustbins which will compress the waste material and create extra space.

Indian Railways will install in 5000 coaches in first go.

That’s all for this week.

Here are a few Questions:

Question No-1:- The Vande Bharat Express is a

Question No-2 :- World’s Highest Bridge in Jammu & Kashmir is being constructed on which river-

Question No-3:- Recently India sent a parcel Train outside India to which country-