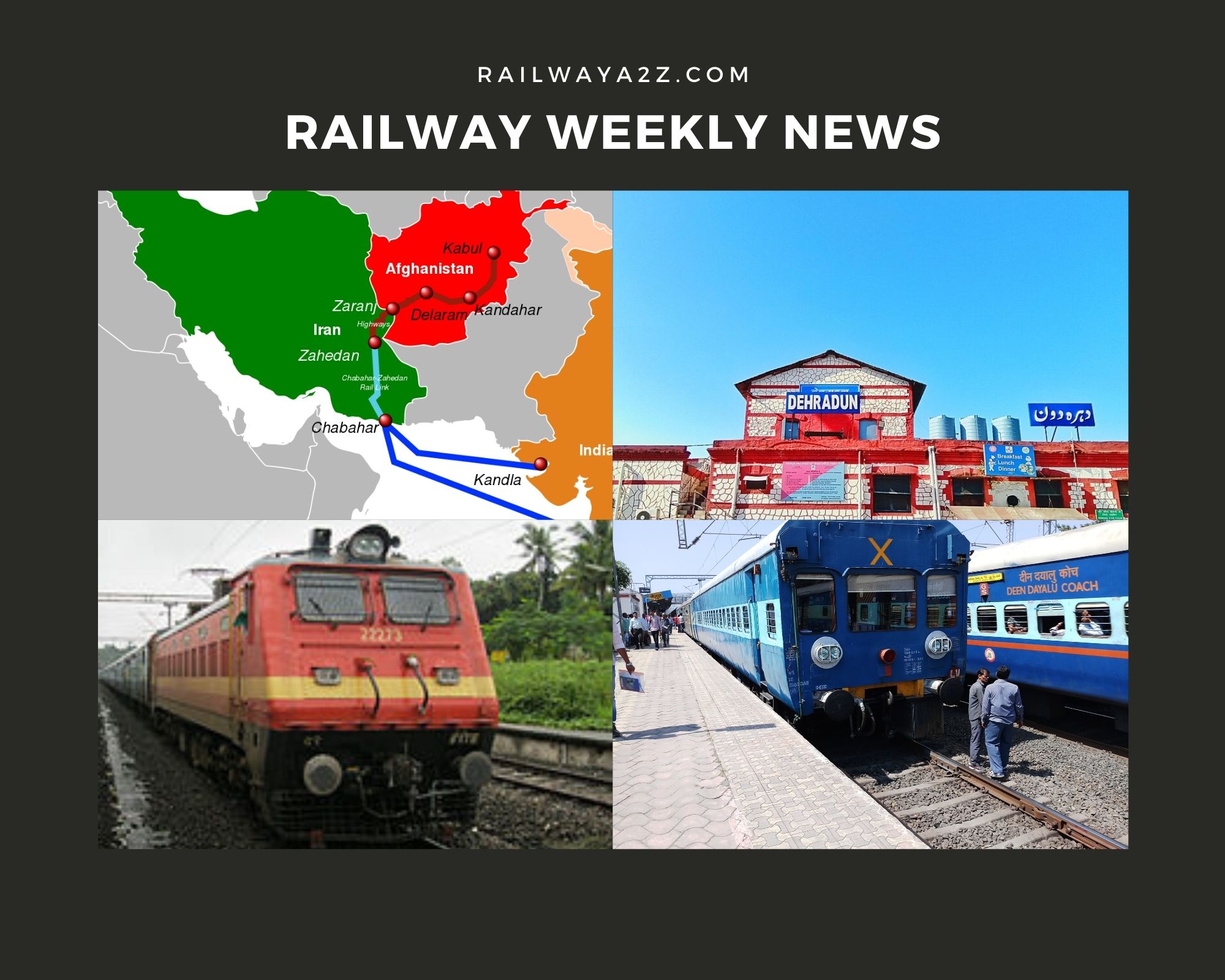 A) Hopeful of completing Katra-Banihal rail link by Dec 2022

The katra-Banihal pending link for connecting the Jammu-Baramula line will be completed by 2022, said Chairman Railway Board. This section contains the highest rail bridge on Chenab. The work is being undertaken by various agencies of Indian Railways.

The Katra-Banihal line is part of the Jammu-Bramulla national rail project of 356 Km. The Jammu-Katra-Udhampur section was opened in 2014 while Banihal-Baramulla section was made operational in 2013.

Chairman Railway Board has said that all the north-east state capitals and major locations will be connected through Railway network.

The various projects are in different stages of completion:-

Bhairabi Sairang railway project: ForMizoram, the capital, Aizawl to get Indian Railways connectivity through the 51 km long Bhairabi Sairang project, which is expected to be completed by March 2023.

Dimapur-Kohima railway project: For Nagaland, the capital, Kohima to get the rail network through 82 km long Dimapur-Kohima project. This rail project is expected to be completed by the month of March 2023.

The country’s first Cable-stayed bridge ‘Ajni Khad’ is being constructed on the river Chenab between Katra and Reasi in Jammu and Kashmir. This bridge is being developed by Konkan Railway Corporation Limited, A railway Ministry Undertaking. This bridge is part of the strategic project Udhampur-Srinagar-Baramulla Rail Link.

The details of the Anji Bridge are as under: –

The chabahar is a port in Iran and has been developed by the Indian government. The port is strategic to India as there is planning to connect Afganisthan through the rail project. In the first phase , the railway line was to be laid from Chabahar to Zahedan and then to Afganisthan’s Zaranj city.

This port and railway line will allow India to access the central Asian countries as Kazakistha, Turkemenithan, Tajikisthan etc.

The project was to be built by Indian railway PSU IRCON at a total aid of 1.6 billion dollars.

On 16th July, there were rumours that Iran may construct the railway line from chabahar to Zahedan themselves. However, Iran has denied such news as fake. Let’s see what’s the actual scenario.

Chabahar Port is located in which country?

Recently a railway station name was provided with Sanskrit, what is the name:-