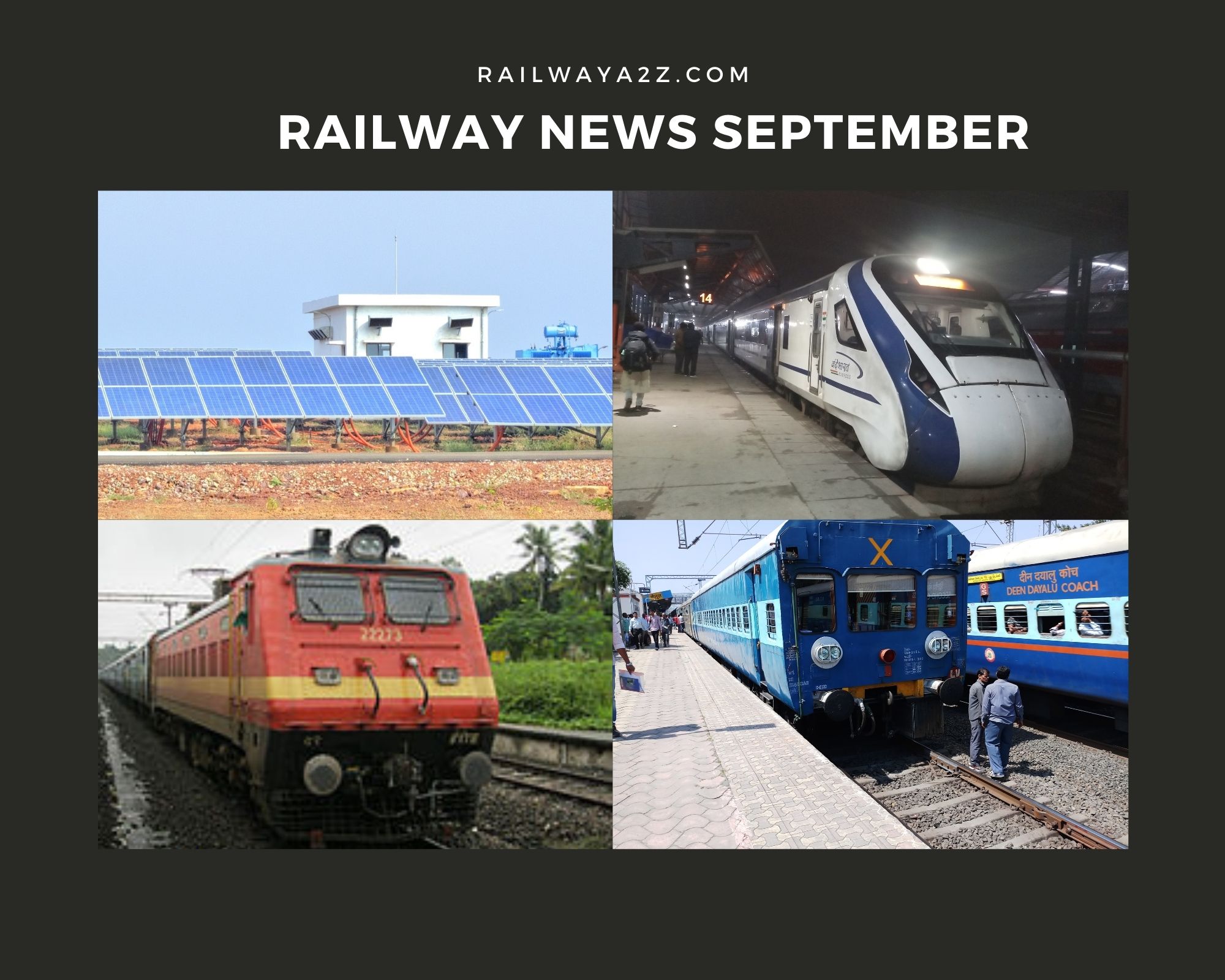 A) No Chinese Train 18, Tender cancelled.

Integral coach factory (ICF) Chennai was involved in the manufacture of Train-18 which is also called Vande Bharat Trains. The tender for manufacture of Train 18 was floated by ICF and only foreign company participated was Chinese state owned CRRC corporation. The other companies which participated are Bharat Heavy Electricals, Electrowaves Electronic, Mumbai-based Powernetics Equipments and Hyderabad-based Medha Group.

The bid by CRRC will be scrapped by Indian railways based on the ‘Make In India’ Clause. Also, the tender is likely to be cancelled, no reasons said by Railways.

B) PM Modi has approved 100% electrification of Indian Railways

C) 960 Railway stations work through Solar supply, A move towards carbon-free by 2030

The Union Minister of Railways Piyush Goyal on Monday said that the Indian Railways has so far solarised 960 Railway Stations and has moved closer to become a Net Zero Carbon Emission Railway by 2030.

Some of the stations that have been provided with solar supply include Varanasi, New Delhi, Old Delhi, Jaipur, Secunderabad, Kolkata, Guwahati, Hyderabad and Howrah.

The solar panels are installed at Station roofs and provide electricity to the station lighting and passenger amenities. The work order for another 550 stations has been placed.

The 51000 hectares vacant of Indian Railways will also be installed with solar panels for which survey is being carried out. The supply to Trains in these sections will be through solar energy.

Indian Railways plans to stop the Pillows, Bed Sheets, Blankets in trains. The plans are in discussion stage at higher levels to sell the necessary travel assets to passengers as per requirement. The temperature of the coaches will be so adjusted that there is no requirement of blankets and bed sheets.

All the travel kits consisting of pillows, bedsheets and blankets will be sold at railway Stations by private vendors so that passengers can purchase as per requirement.

Earlier the process for the issuance of passes was manual and it was nightmare for the staffs for issue of passes.

The E-Pass module has been developed by CRIS under HRMS project and will be rolled out over Indian Railways in a phased manner. With this facility, railway employee is neither supposed to come to the office for applying for pass nor has to wait for a pass being issued.

Employees will be able to apply for the pass online from anywhere and get the e-pass generated online. The complete process of application and generation of pass is mobile friendly. Ticket booking on pass may also be done online on IRCTC site apart from the earlier facility of counter booking from PRS/UTS counter.

This facility will help railway employee in using their pass hassle-free and simultaneously make the working of all officials involved in the issuance of pass smooth.

Indian Railways is installing the RFID ( Radio Frequency Identification Tags ) in coaches, locomotives and wagons so that its entire fleet can be tracked easily. Currently the whole activity is carried out manually and there is scope for errors. With this the national transporter will be able to know the exact postion of all wagons, locomotives and coaches.

The Indian Railways is set to connect a railway line of 327 kilometers, connecting the Char Dham i.e Gangotri, Yamunotri, Badrinath, and Kedarnath via Dehradun and Karanprayag in the state of Uttarakhand making it an easy and comfortable journey for crores of devotees.

The entire project is expected to cost around Rs 43,292 crore.

The Appointments Committee of Cabinet (ACC) on Wednesday approved restructuring of Railway Board and appointed Vinod Kumar Yadav as the first  Chairman and Chief Executive Officer (CEO) of the Board.

The 114 year old Railway board consisted of various members and DG as per departments. Now the members have been made based on functional lines and current requirements.

The committee had also announced the merger of Railway group-A services into a combined service called Indian Railway Management Service (IRMS). This will end the age old departments of Indian railways.

The Indian Railways has decided to operate 80 more trains from September 12, for which reservations will start from September 10. These 80 trains will be in addition to 230 trains that are already on track.

Railway Board Chairman Shri VK Yadav said that Railways will run clone trains in routes as per requirements. Railways will also run exam special for students as per the request of state government.

Railway Board Chairman has finally confirmed a date for the RRB exams. Thus the long wait of students has been heard off and it has been decided to conduct the various RRB exams from 15th December. This will be boon for students preparing for these exams across the country.

Question:- Who is the first chairman and CEO of Railway Board?