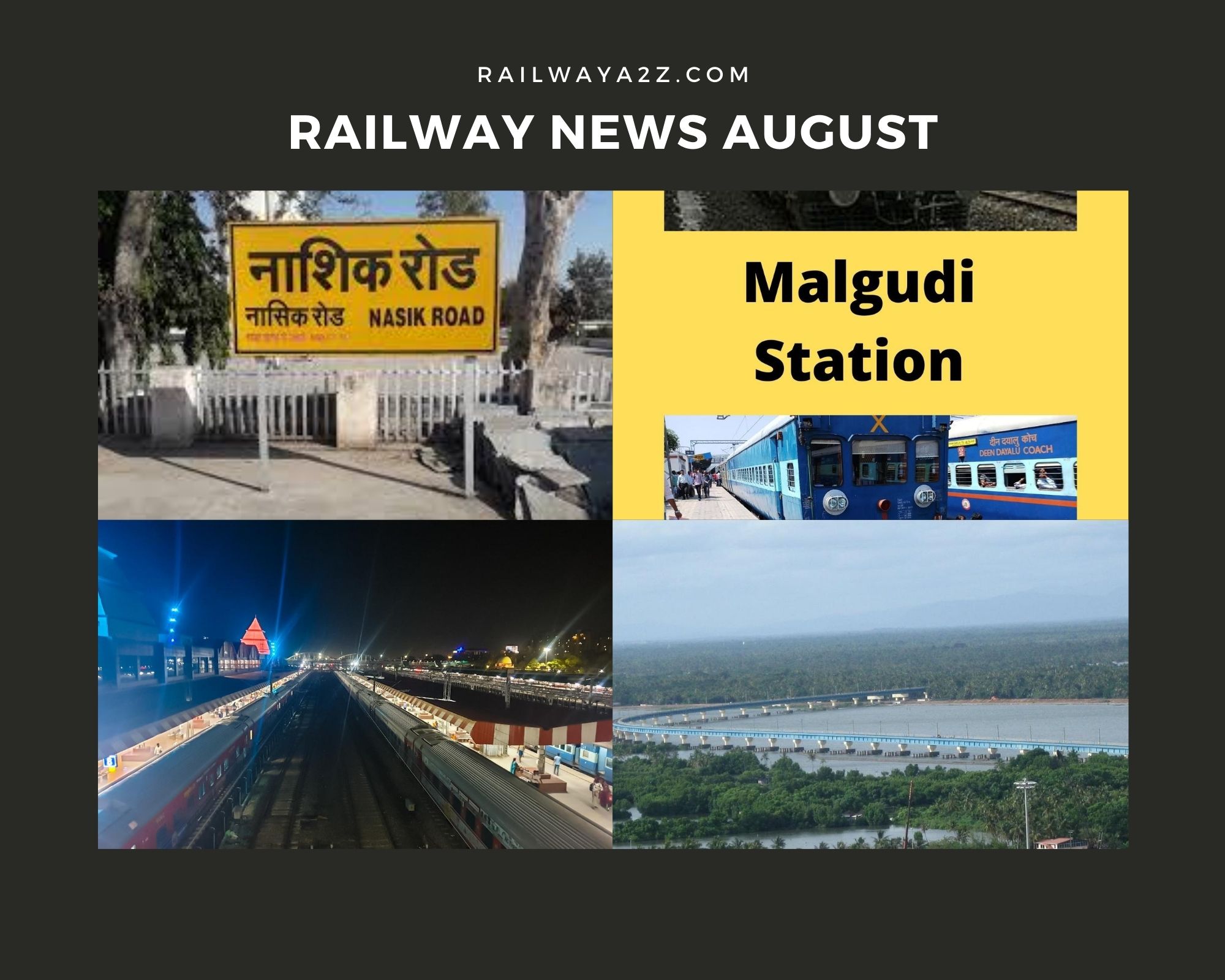 The Arasalu railway station in Shivamogga district in Karnataka has been renamed as Malgudi Railway station based on the popular series Malgudi Days. Malgudi is the fictional town in ‘Malgudi Days’ a collection of short stories written by R K Narayan.

The Arasalu railway station is located in Mysore Division of South Western Railways.

The South Western Railway commissioned the Lachyan-Hotgi section, which is 33 km long, as part of the doubling project from Hotgi-Kudgi-Gadag (284 km) which was sanctioned by Railway Board.

It connects Karnataka with Maharashtra through Bijapur and Sholapur districts. The track passes through the 670 m long important bridge over River Bhima, the longest bridge in the zone comprising 14 spans of 45.7 m each.

C) Ayodhya Railway station to be modeled on the Ram temple

Ayodhya is one of the most important religious places in the country, Indian Railways will provide direct connectivity from Lucknow, Varanasi as well as other religious places in the nearby areas. The Ayodhya Railway station falls under the northern railway zone. It will be developed as major tourist destination. For this whole Railway station will be redeveloped in phases. In phase-1, 104 Cr will be spent for developing the façade, aprons, platforms, staff quarters etc.

Indian’s second-longest rail bridge is Vallarpadam Rail Bridge located in Kerala. It is located on the famous Vembanad lake near Kerala backwaters and known for scenic beauty.

The length of the Vallarpadam Rail Bridge is 4. 64Km.

Indian Railways today launched e-pass module for its employees that will help them apply for pass online and get the e-pass generated online. Ticket booking may also be done online on IRCTC site apart from earlier facility of counter booking from PRS/UTS counter. This is a great Human Resource development activity by Indian Railways.

Indian’s first Kisan Rail started by Indian Railways that will run from Nashik in Maharastra and Danapur in Bihar. This will be the first such train, carrying vegetables and fruits, that would run between Maharashtra and Bihar.

It is expected that kisan Rail will reduce transportation costs by Rs 1000 per tonne compared with roadways and reduce travel time by around 15 hours.

The Indian Railways is constructing the world’s tallest pier bridge across river Ijai in Manipur, in its effort to provide connectivity to various parts of in the remote areas of the North-Eastern state of India.

The bridge which is being constructed across river Ijai near Noney is an engineering marvel because the tallest pier height will be of 141 meter. It will surpass the existing record of 139 meter of Mala – Rijeka viaduct, Montenegro in Europe.

It is located at the hilly terrain of Marangching village in Noney district, about 65 km west of Imphal. The total estimated cost of the railway bridge is Rs 280 crore, while the scheduled target to complete the project is March 2022.The bridge is a part of Jiribam-Tupul-Imphal new BG line project (111 Km). The total length of the bridge will be 703 meter.

The Union home ministry has approved the renaming of Manduadih Railway station as Benaras Railway station. It is the best station in Varanasi division in terms of facilities.

The station name change is initiated by state government and approved by Home ministry.

It is equipped with an air-conditioned lounge, world-class retiring room, digital chart facility, a cafeteria and food plaza. Its architecture is unique and looks like an airport.

A) Uttar Pradesh to Assam

B) Madhya Pradesh to Bihar