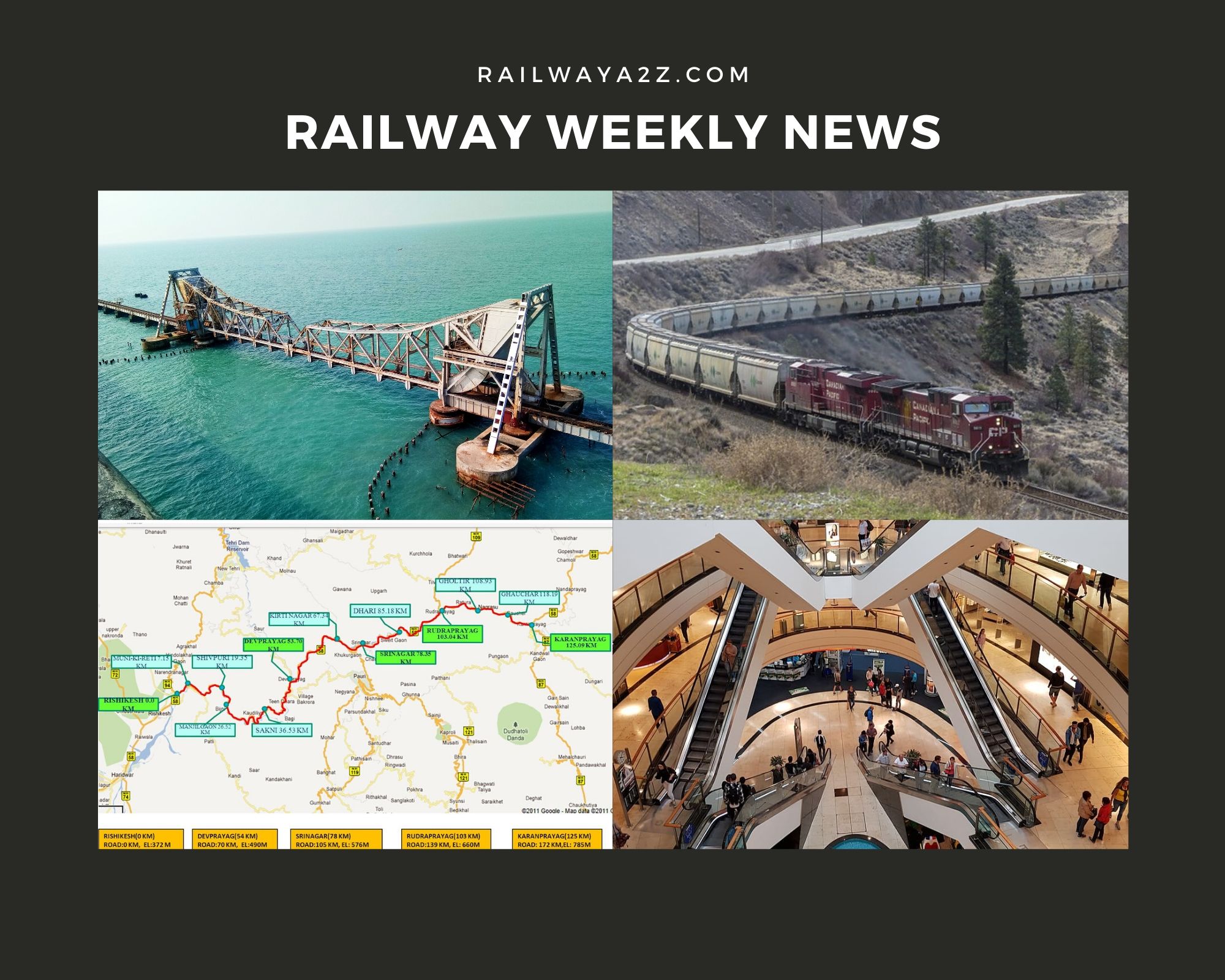 A) The railway starts work for new Vertical Lift Sea Bridge at Pambam.

The Pambam Bridge between Mandapam to Rameswaram island situated in the Gulf of Mannar was constructed in 1914. The bridge is 106 years old and there are constraints in speed enhancement.

The old bridge has flaps in the middle which are lifted upwards during ship movement. However, The speed can’t be increased on this old bridge, thus Railway ministry has decided to construct a new bridge with vertical lift which will allow ships to move when not in operation.

This would be the country’s first vertical lift railway sea bridge.

The length of the bridge would be 2.05Km and would be developed by Rail Vikash Nigam Limited (RVNL) at a total cost of 250 Cr.

B) Right-Sizing and not Down Sizing. No Job Cuts. Says Indian Railways

Indian Railways has issued a guideline to check if the existing railway employees could be used for other works with some skill changes.

For example Railways is planning to accommodate the station masters with work profiles of Electrical Signal Maintainer with little training.

This means job profiles may change for its employees. The non safety workforce will be re-skilled and deployed into safety works. There would no job losses, Indian Railways Director General (HR) Railway Board, Anand S Khati said the Railways will be “rightsizing and not downsizing”.

The Railways currently has 12,18,335 employees and spends 65 per cent of its income on payment of salaries and pension. Thus there are plans to reduce the expenses.

C) Indian Railways plans to raise the speed to 130Kmph on Golden Quadrilateral Routes and its diagonals.

Indian Railways is planning to raise speed on important route to 130 Kmph. The various Golden quadrilateral routes and diagonals of Indian Railways are as below:-

Indian Railways is also working on the over Rs 13,000 crore project to upgrade the Delhi-Mumbai and Delhi-Howrah railway routes to allow for passenger trains to hit 160 kmph.

Indian railways for the first time started running longer trains by combining the wagons and engines.

The SECR (South East Central railway) was able to successfully run such trains on most important routes to transport larger volumes of fright in one movement.

The sheshnaag was created by combining 4 BoxN sets with 4 electric locomotives with a total length of 2.8 KM. On the other hand, Anaconda consisted of 3 rakes. The detail analysis of both types is listed below:-

Sheshnaag is the longest train run by Indian Railways in its history till now.

The two holy shrines of Rishikesh and Karnaprayag in Uttarakhand will be connected through a broad gauge railway line of 125 KM.

The new railway line will boost the connectivity between two important hindu pilgrimage sites. It will also lead to development of tourism and development in the state. It is Indian Railway’s proposed route of Char Dham yatra.

The details of the project are enlisted below:-

According to Railway Minister Piyush Goyal, this broad gauge rail line will promote tourism, trade as well as provide Indian Railways’ connectivity between five districts of the state. The RVNL( Rail Vikash Nigam Limited), a railway PSU will be carrying out the work at an estimated cost of 4295 Cr.

F) Shopping complexes to come up near these 15 railway stations

Multi Functional complexes(MFC)  will be established at railway stations of Indian Railways. The RLDA (Rail Land Development Authority), a PSU of the Indian railways has proposed the plan.

According to details shared by RLDA, the MFCs will be set up in the vicinity of respective station complexes and fall in the circulating area of the railway stations.

The various stations are as :-

The longest train run by indian railways till now is called

Pambam bridge is located in